“Humpty Dumpty sat on a wall. Humpty Dumpty had a great fall. And all the king’s horses and all the king’s men, couldn’t put Humpty together again.” What is up with that? Why are children subjected to such a story? Did anyone ever like that nursery rhyme? It was not a favorite even when the illustrations showed that Humpty only broke his leg.  My grandson refused to eat eggs for a while, claiming he didn’t want to eat Humpty Dumpty.

When an egg falls from a great height, it falls to the ground and breaks – never fun to clean up. If a person falls from a great height, they die which is an even bigger mess. When we talk about The Fall, it was a big one. It was a fall from life to death.  But God is bigger than all the king’s horses and all the king’s men. He is THE KING OF KINGS. He knows we are a slimy broken mess, but He can put us back together again.

Not a perfect analogy, but the point is that we are all broken messy people living in a broken messy world. Some of us hide the brokenness rather well. It is not popular to admit to brokenness. It is not the part of life we brag and post about, but the part that we hide and cover up. So we lie to others and ourselves, unable to face the truth:  We are broken. We need help.

Digging through the layers of lies that are foundational to bulimia (or any other eating disorder) is heartbreaking. I am not an expert, just someone who has lived the horror of watching a child starve herself while unable to make her eat. “What’s a mother to do?” was always a funny line a friend of mine would say, but it wasn’t funny anymore. 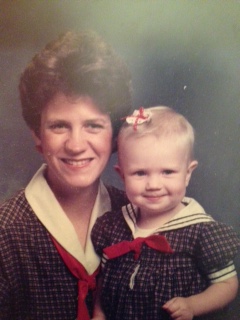